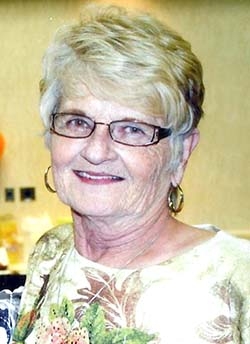 Dorothy was co-owner and operator of D-D’s Boutique for 24 years. She later worked for the Veteran’s Service Office for 21 years until her retirement in 2011.

Throughout her life, she enjoyed gardening, crocheting, embroidering, shopping and most of all, spending time with her grandchildren and great-grandchild, many close friends, family and her beloved pets.

She will be remembered as a wonderful, loving mother and grandmother to her children and grandchildren. Dorothy was a loyal life-long friend to many. Her home was the “Hub” of many gatherings throughout the years because of her warm hospitality and amazing cooking.

She was preceded in death by her parents.

The family has established a memorial for the Sheridan County Veterans Service Aid and donations may be sent in care of Chamberlain-Pier Funeral Home, PO Box 366, NE 69343.