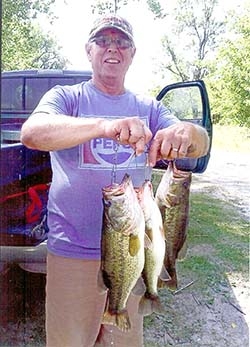 Mark W. Alexander, 62 of Gordon, Neb., died Friday March 11, 2016. Mark was born March 19, 1953 in Gordon to Donald (Hulie) and Lorainne Alexander. He grew up in Gordon, Nebraska and attended the Gordon public school system. While in high school he was a member of the football team and the 1971 state championship wrestling team. Through his high school years he was an avid boy scout and achieved the highest honor of Eagle Scout.

On January 28, 1977, Mark married Janice Parks in the Methodist Church in Gordon, Neb. The couple lived in Gordon having two daughters, Marti Jo and Lori Mae. The family moved to Rapid City, S.D., Nampa, Idaho and back to Rapid City before settling back to Gordon where Janice currently works at Gordon Memorial Hospital and Mark worked at Farmers Co-op.

Visitation will be from 5 to 7 p.m. Tuesday, March 15, 2016, at Chamberlain-Pier Funeral Home in Gordon. Services will be held at 2 p.m. on Wednesday, March 16, 2016 at the Gordon City Auditorium with Harlen Wheeler presiding. Burial will be held in the Gordon Cemetery. After the burial, anyone who wishes to join the family at the American Legion for remembrance is welcome.

The family suggests memorials to Gordon Memorial Hospital or the Gordon Volunteer Fire Department and Rescue Unit and donations may be sent in care of Chamberlain-Pier Funeral Home, PO Box 366 Gordon, NE 69343.