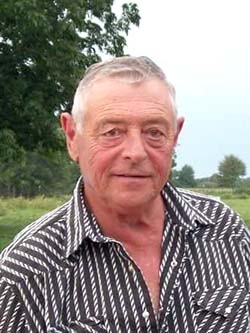 John Howard Paul passed away at Regional West Medical Center in Scottsbluff on Sunday March 20, 2016. He was born April 30, 1944 in Gordon, Nebraska to Vernal (Bud) Paul and Eleanor (Toots) Janssen Paul. John graduated from Gordon High School in 1962.  In March of 1972 he married Linda Hicks of Gordon, and to this union Tamara, Angelisa and Christopher were born.

John worked for the Gordon Police Department, and for several years John and Linda owned and managed the King Pin Lanes in Gordon. John worked for more than 25 years for Sheridan County, which included the Sheriff’s Department, and 22 years for the Road Department.  He also worked for farmers and ranchers around the area for many years.  John enjoyed playing golf, shooting pool, bowling, hunting, and he loved spending time in the outdoors.

Services were held at Chamberlain-Pier Chapel in Gordon, NE, March 24, 2016 at 10:00 a.m. with Pastor Al Trucano officiating.  Inurnment burial was at Mount Hope Cemetery.  Memorials will be given to the Gordon Volunteer Fire Dept. and the Gordon Rescue Squad.  Donations can be sent to Chamberlain-Pier Funeral Home, PO Box 366, Gordon, NE, 69343.