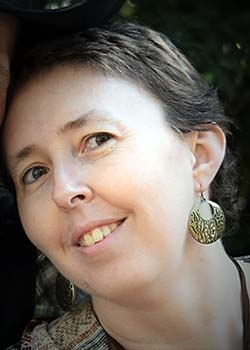 Funeral services will be at 10:00 a.m. MDT Saturday, April 23, 2016, at the Pleasant Point Community Church at Ellsworth, Nebraska. The Rev. Bob Townsend will officiate. Burial will be in the Pleasant Point Church Cemetery. Rasmussen Funeral Home of Ravenna is in charge of arrangements.

Connie Lynn Beer was born October 16, 1977, at Rushville, Neb. to Donald and Kathryn (Cerny) Glassgow. She grew up and attended school at Elwood, NE. In 1993, Connie was named a United States National Award winner in band.  The criteria for selection are a student’s academic performance, interest and aptitude, leadership qualities, responsibility, enthusiasm, motivation to learn and improve, citizenship, attitude and cooperative spirit, dependability and recommendation from a teacher or director. She completed her education in Rushville, graduating from Rushville High School in 1996.

Connie worked at Wolf Creek School as a secretary, and later worked at Farm Bureau Insurance. She did home interiors for a short time, and then worked as a consultant for Mary Kay and Close to My Heart Scrapbooking. She also worked at the Hometown Variety Store.

Connie Was active in the New Life Assembly Church in Kearney, and the Evangelical Free Church in Pleasanton. She also participated in a Bible Study group in Ravenna.

Memorials are suggested to the family.