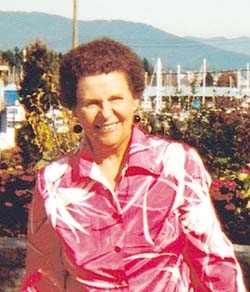 Funeral services for Darlene Neidert of Crawford, Nebraska will be held on Tuesday, January 28, 2014 at 10:00 a.m. at Chamberlain Chapel in Crawford with Pastor Marsha Stauss officiating. Burial will be at the Crawford Cemetery.

Darlene Beverly Neidert was born on March 13, 1934 as Darlene Beverly Baker in Sturgis, South Dakota. She went home with the Lord on January 24, 2014. She was 79. She passed away at the Ponderosa Villa Nursing Home following a short stay with numerous health problems.

Darlene was married at the age of sixteen to Donald Keith Neidert, the true love of her life. To this union a son was born, Donnie Lee Neidert. Donald passed in 1968. Darlene was remarried to Elmer Jay Shoop. Darlene and Jay adopted a baby, Jay Lenn Shoop. After Elmer’s passing, she remarried again to Glen Shoop and resided in Idaho. They returned to Nebraska and purchased their home in Crawford where they lived until Glen’s passing and Darlene’s need for nursing care made the Villa necessary.

Darlene spent most of her working life as a nurse’s aide in various nursing facilities. She was grandmother to three grandchildren; Darlene Lemmon, Del Neidert, and Donald Neidert. She had seven great grandchildren.

She is survived by one brother, Lenn (Chub) Baker of Ely, Nevada; ex daughter-in-law, caregiver, and friend Sharon Neidert of Crawford; adopted son, Jay Lenn Shoop on the west coast; her grand and great-grandchildren.

A memorial has been established. Donations may be sent to Chamberlain Chapel, PO Box 970, Chadron, NE 69337.

Chamberlain Chapel in Crawford is in charge of arrangements.