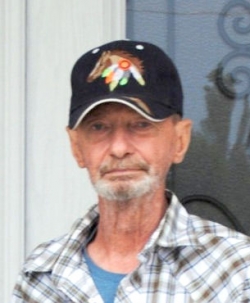 He was born to Robert & Kathryn (Arbuckle) Rittgarn on November 24, 1946 in Lexington, Nebraska. He was joined over the years by younger siblings Karen, Ken, and Kevin. He attended school and graduated high school in Elwood, Nebraska.

After high school, he was drafted and spent two years in the Navy. While stationed in Virginia, he was blessed with his first son, Robert Lin Rittgarn. After returning from Vietnam, he met his first love, Candis Jane Hardesty, by hitting her horse with his vehicle. They were married in 1975, and had a son Chad Curtis Rittgarn.

In the spring of 1979, Keith and Candy moved to the small town of Whitman, Nebraska and started working for the Monahan Cattle Company, where they made many good friends. In the summer of 1985, the family moved south of Long Pine for a few years before moving to Overton. While in Overton, Keith remodeled the home of Dan and Lynee McDonald before returning to his beloved sandhills north of Whitman. In 1988, the family moved to Stapleton where Keith worked for Kenny and Ann Rogers until the passing of his wife, Candis. In 1995, Keith retired from ranching and put his tool belt back on for a couple of years with son, Chad and nephew, Kenny Beans working for him.

In 1997, he heard the call of the mountains and moved to Grand Lake, Colorado. He worked for Winding River Resort for the next five years doing trail and sleigh rides. He loved doing the carriage rides for weddings. He met his second love, Diane Howell, in Colorado. He was an incredibly lucky man to have fallen in love with two amazing women during his life. Keith moved to Tabernash, Colorado and worked for the Y, Becky and Andy Arnold, and Beaver Village before retiring.

After retiring, Diane and Keith spent as much time as they could traveling in the fifth wheel through the southwest United States and visiting amazing friends and family that Keith loved dearly. Even after moving back to Nebraska to be closer to family, Colorado was still home and he returned every chance he got.

Funeral Services will be Saturday, May 21, 2016, at 10:00 a.m. at Reynolds-Love Funeral Chapel in Lexington, Nebraska with Pastor Duane Russell officiating.

Burial with Military Honors will be in the Robb Cemetery south of Lexington, Nebraska.

Memorials have been established for the Gordon Volunteer Rescue Squad or the Church of the Eternal Hills in Tabernash, Colorado.

Reynolds-Love Funeral Home in Lexington is assisting the family with arrangements. Please share online condolences with the family by visiting: reynoldslovefuneralhome.com.