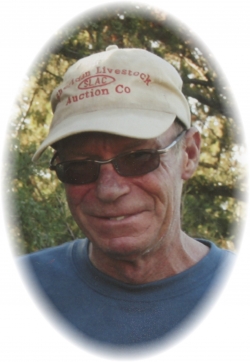 Funeral services for Steve “Spook” Heiting of Hay Springs, Neb. will be held on Thursday, June 16, 2016, at 10:00 a.m. at the Hay Springs High School Auditorium with Reverend Al Trucano officiating and Father Joseph Joseph doing the committal service at the Hay Springs City Cemetery.  A visitation will be held on Wednesday, June 15, 2016, at 6 p.m. at the United Methodist Church in Hay Springs. The family requests guests to dress casual and wear their favorite husker shirt for services.

After a brief stint at Chadron State College, Steve did what he always wanted to do – farm on our family farm south of Hay Springs and continued doing that until his death.

Steve was a proud member of the Sons of the American Legion and always enjoyed the opportunity to converse and joke with fellow legionnaires.  He was also a member of the Highway 20 Tractor Club and an active member of countless community events.

Steve especially enjoyed spending time with his children and his grandchildren, and the love of his life – Barb Young.  Steve wasn’t afraid of hard work and he was always willing to help others.  In addition to hard work, he enjoyed playing cards and sharing a morning cup of coffee with mom.  He was always a happy guy when he was surrounded by family and friends.

Steve was preceded in death by his dad Bubs, and his brothers Mike and Tim.

A memorial has been established for the Sons of the American Legion or the donor’s choice.  Donations may be sent to Chamberlain Chapel, PO Box 970, Chadron, NE  69337.