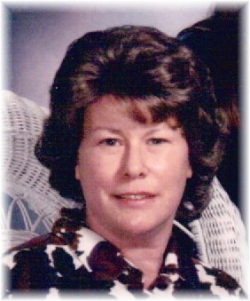 Ardis was born in Rushville, Neb. to Leonard D. and Marie Skoda Milburn. She grew up in Rushville with brothers Doug and Wad. Ardis graduated with the Rushville High School class of 1965.

After graduating high school, Ardis attended the University of Wyoming in Laramie where she met the love of her life, Stephen Guelde of Newark, Ohio. She graduated with a degree in Education.

Ardis and Steve were married on Aug. 24, 1969, in Rushville. They settled in Wyoming where Steve practiced law. Their daughter Laura was born there in 1972. The family moved to Denver a few years later where Steve negotiated mineral leases for Denver energy companies.

Her son Matthew was born in Denver in 1980. Ardis thrived as a stay at home mother – going to soccer games, driving in car pools and worked some part-time teaching while Matthew was in grade school. Ardis provided an open door to her home, which was extended to family, neighbors and her children’s friends. She welcomed them all with her loving nature. These 20 years were truly the happiest of her life.

When Steve passed in 1989, Ardis fulfilled his wishes by returning to Rushville to continue raising her children with the support of her family.

Ardis’ gift for care taking served the Rushville and Gordon areas, where she provided loving care at Countryside Care and Parkview Lodge as a C.N.A. Health issues forced her to retirement, and she became caretaker for her father during his final years.

From 2010 until her passing on June 19, 2016, Ardis found new purpose in life at Riverview Retirement Home in Chamberlain, S.D., which was near her son and granddaughter Victoria, who live in Pierre, S. D.

Ardis was preceded in death by her husband Steve, parents Leonard and Marie, infant brother Douglas Clayton, brother Leonard C. “Wad”, and many aunts and uncles from the Skoda and Stava families.

Memorial services are Friday, June 24, 2016, 11:00 a.m. at Fairview Cemetery, in Rushville, Neb. Chamberlain-Pier Funeral Home is in charge of arrangements.