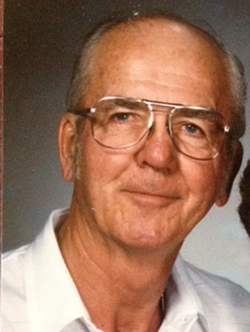 Henry (Hank) Rabeler, 94, passed away, in his home, June 21, 2016. He was born Sept. 5, 1921, in Savanna, Georgia to Henry Joseph and Mary Ann Rabeler. After moving to Akron, Ohio, at the age of thirteen, Hank lost his father due to an industrial accident. During his school years, he assisted his mother and two sisters by having several paper routes and playing “pay” baseball for Akron Orphans, a semi pro team, sponsored by the Goodyear Tire company. He graduated from North High School in 1939 and continued to offer support for his family until he joined the war effort of WWII.

Hank enlisted in the US Army Air Corps in 1942. After pilot training, he served as an instructor on various planes including the B24. His war assignment was pilot on the C46 transport. He became part of a squadron known as “Sylvester’s Circus,” and flew to China were they were known as the “Yellow Nosed Squadron.” While attached to the 20th Air Force, he received the rating of 1st Lieutenant. Hank flew more than 69 successful missions, and more than 900 hours over “the Hump” in the China-Burma-India theatre. For his service he was awarded the Air Medal with an Oak Leaf Cluster, the Chinese order of the Flying Cloud, the Presidential Citation, the Distinguished Flying Cross along with the Middle East-Africa-Europe ribbon, and the Asiatic-Pacific ribbon with four battle stars. His last duty station was him volunteering to fly snow-bound members of the famed 37th (Ohio Division) back home.

With his service to his nation completed, Hank again pursued his passion for baseball. He tried out and was signed into the New York Yankee organization. He played as a left-handed pitcher, for the Butler Yankees of the Mid Atlantic League until an injury ended his dream of making it to the “Show.”

After baseball, Hank traveled west to visit a service friend in Torrington, Wyo. where he met and married his wife of sixty-seven years, Barbara Ainsworth in 1948. In 1952, Hank and Barb loaded up their family; Pamela, age 2 and Billy, age 6 months and moved to Riverton, Wyo. He began a new career operating and eventually owning a GM franchise. With the addition of another daughter, Jeanne in 1958, he continued to raise his family with the unwavering commitment to his faith in God while enjoying hunting and fishing in the mountains of Wyoming.

In 1972, with the encouragement of Bill Hollstein, Ed Klindt, and Don Forney, Hank opened Rabeler Motors in Rushville, Neb. He continued to serve the transportation needs of his new community and helped coaches and young baseball players, learn to play the game that he loved, until retiring in 1996.

Burial will be Friday, Aug. 12 at 2:00 p.m., at Valley View Cemetery in Torrington, Wyo. In lieu of flowers, memorial contributions of remembrance may be made to the donor’s choice: the Modisett Baseball Park or the Veteran’s Honor Flight c/o Security First Bank, P.O Box 550, Rushville, Neb., 69360.