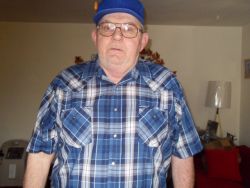 Longtime Casper resident and electrician “Marv” Cornett after a long illness passed peacefully in to the hands of God at Wyoming Medical Center on Aug. 2, 2016, with family by his side. He was born in Scottsbluff, Neb. July 11, 1943, to Paul and Mildred (Beavers) Cornett. He was raised and educated in Hay Springs, Neb. As a boy he started working with his dad as an electrician and continued until his retirement. He served with the Nebraska National Guard and as a volunteer fireman. He was an avid hunter.

He is survived by his wife Lanora of the home, daughter Cindy Christian and husband Scott, son Wade Cornett and fiancé Mandi (Russell), four grandchildren, Devan and Kiley Des’Hotel, Shawn and Trent Cornett, great granddaughter LonaRae Kight. Brother Charles Cornett and Earl Cornett and wife Ermyl and many other nieces and nephews. Many in-laws as well. He was preceded in death by both his parents, 2 sisters, Deloris Barth and Vera Dickey, 2 nephews, 2 nieces and his in-laws, Elmer and Lillian Griffith.

Cremation has taken place and at his request there will be no services held. In lieu of flowers please send and memorials to the charity of your choice in his name.