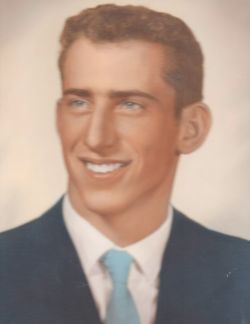 Memorial services will be held Saturday, January 21, 2017, at 11 a.m. at Chamberlain Chapel with Dr. Russ Seger officiating.  Mel will be laid to rest at Beaver Wall Cemetery with a private family gathering at a later date.

Mel graduated from Chadron High School in 1961, left the farm and traveled to Waltham, Mass., with his best friends, John Urwin, Gary Thompson and Ted Winkelman.  There he became a carpenter, met and married Patricia A. Carter, and had his three sons.  Mel and his family moved back to Chadron in 1974. Mel has been known since then for his skilled carpentry work.

Mel is preceded in death by his parents and brothers Ralph, Lawrence, and Russell Reeves.

A memorial has been established for the Chadron State College Athletics-Football program. Donations may be sent to Chamberlain Chapel, PO Box 970, Chadron, Nebraska 69337.