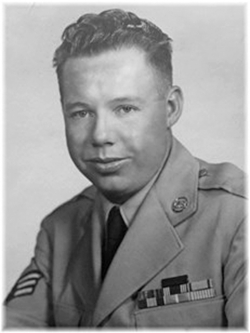 He grew up in Gordon and went to school until the 9th grade. Then his father gave him permission to join the Navy at 17 years of age. He spent 4 years in the Navy and after 9 months, he enlisted in the Air Force. He had all his oversea duties done when he married his wife, Dorothy Loraine Caldwell, on June 8, 1962, in Rapid City, S.D.

He was stationed in Albuquerque, N.M. for 6 years. Later he was stationed in Oklahoma City, Okla. for 5 years. In July of 1973, he retired from service. He then came back to Gordon for a year to help his dad. Then they moved to Hyannis, Neb., where he got a job as a janitor at Hyannis High School in 1975.

Charles is survived by his wife Dorothy Loraine, his 3 children, 6 grandchildren and 6 great-grandchildren and a sister Lucreta Burck. He was preceded in death by his parents, 1 brother and 3 sisters.

Funeral Services will be held Monday, Feb. 20, 2017, 11 a.m., at Chamberlain-Pier Funeral Home in Gordon, Neb., with Pastor Bill Combs officiating. Burial with Military Honors will be held in the Gordon Cemetery.