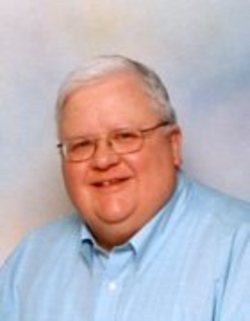 Bill was born on Aug. 24, 1944, in Terre Haute, Ind., and was raised in Lawrenceville, Ill., where he graduated from high school in 1962. He attended Vincennes University, in Vincennes, Ind., on a singing scholarship. Bill graduated with an Associates Degree in Business in 1964.

While Bill was in college, he worked part-time at JC Penney’s and following his graduation he worked full-time. After his military service, Bill returned to the Vincennes Penney’s store and continued his career. During his employment with Penney’s, Bill worked at ten different stores located in Illinois, Nebraska, Colorado and Iowa. (Bill was the final manager of the JC Penney store in Gordon, before it’s closing.) He retired in September 2006 after 40 years of service.

He was preceded in death by his parents, one stillborn daughter, Theresa Slater and one son, Mark Slater.