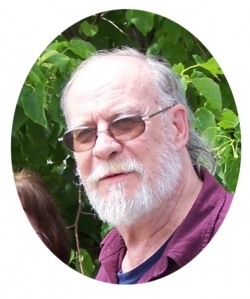 The family moved to eastern Nebraska in 1952 and lived southeast of Herman on the Missouri River bottom.  Within a few weeks of settling in, they had to evacuate and Thelma and the kids returned to Gordon and stayed with grandparents, Fred and Stella Gehrig, until it was safe to go back. The rural school had flooded so the kids continued their education in Herman.  When Jim was a freshman, the family moved closer to Oakland, Neb., and Jim transferred in his sophomore year and graduated in 1964.

In October 1965 Jim enlisted in the Army.  He spent 8 weeks at Fort Leonard Wood, Mo., and 6 weeks at Fort Knox, Ky., before being sent to Germany. He was discharged in 1968.  When he arrived in the US, he contacted Robert (Sparky) Parker who lived in upstate New York and had been with Jim in Germany.  They traveled around for a while visiting other friends and then Jim returned to Nebraska and Jim worked as a mechanic in Omaha.

In the early ’70s, Jim went back to California where he met and married Lynda Clark.  They moved to Gordon and Jim worked for Myron Gehrig and Jack Bailey.  A son, Justin, was born in 1973.  In 1974 they moved to Oregon and Jim worked in construction and logging.  A daughter, Kiah, was born in Oregon.  In 1986 Jim returned to Nebraska and worked various jobs before moving to Minnesota in 1988.  Jim continued his education and received a degree in mechanics, a profession he continued until he retired in 2007.

Jim returned to Gordon in 2015 and resided at Pioneer Manor in Hay Springs until his death.