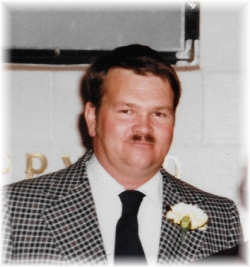 With deep sadness, we announce that Jim (James) Hutcheson of Gordon, Neb., died at Rapid City Regional Hospital in Rapid City, S.D., Monday, March 13 at the age of 76.

His long physical sufferings came to an end, but Jim is missed by his friends and family. He is remembered for his quiet generosity, gentleness, and reputation for sharing jokes.

Born in 1940 in North Platte, Neb., he graduated from Elsie High School in Elsie, Neb., in 1958 and enlisted in the U.S. Army. Jim was proud of his time with the Army. His terms of service took him around the world – to South Korea, Germany, and eventually the Vietnam War. He received the National Defense Service Medal, the Viet Nam Service Medal, and a Sharpshooter Badge (rifle). He was honorably discharged as a Specialist in 1967.

Jim and his wife Louise Hutcheson (nee’ Unterkircher) celebrated their 40th Anniversary this January. They met in Ogallala, Neb., in 1969, and Jim followed Louise back to Gordon, where they married in 1977 at the Wesleyan Gospel Chapel. Jim and Louise had their only child, Jeremy, in 1986. Jim and Louise attended the Gospel Chapel regularly.

Jim was an avid firearms enthusiast and enjoyed reading western novels. Jim held a variety of jobs in Gordon before retiring with a service-connected disability. He worked for the Gordon Police Department, the City of Gordon, and the S&S store. He attended Platte Valley Bible College, now Summit College in Scottsbluff, Neb., taking courses in biblical studies, ministry, and church history from 1977-1981.

Jim was a member of the American Legion and the Disabled American Veterans (DAV). As his health would allow, he fulfilled various functions and sat on committees for the DAV. He was the Commander (4 years) and Vice Commander (5 years) of the Nebraska DAV, Chapter 21, Gordon, Neb. Jim set up a life insurance policy to be donated to the Nebraska DAV upon his death.

There was a funeral service at the Wesleyan Gospel Chapel at 10 a.m. on Monday, March 20, followed by a graveside service at the Gordon Memorial Cemetery. A memorial fund has been set up with the Chamberlain-Pier Funeral home in Gordon. The family would like to thank the staff of the Good Samaritan Society in Alliance, Neb., and the intensive care nurses and doctors at Rapid City Regional Hospital for their dedicated service and kindness during Jim’s final days.