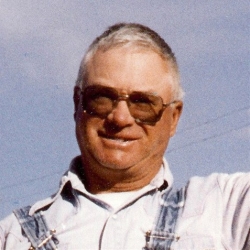 On April 19, 2017, Jack Edwin Fair passed away peacefully at Pioneer Manor in Hay Springs, Neb.  Deep in the heart of the sandhills, Jack was born March 24, 1932, to Harry and Lila (Knight) Fair. Jack spent much of his childhood there until May 1945, when he and his family moved to the ranch, where he lived until his passing.

At a young age Jack and his father spent much of their time on horseback, often times trailing cattle many miles, and on several occasions driving those same cattle to Cody, Neb., to put on a train to go to market. Jack’s horses grew into a passion as all the ranch work was done horseback. Until the spring of 2016, Jack was able to remain on his horse until his health no longer allowed him to ride.

Growing up on a ranch in the sandhills was not easy as Jack found out in June of 1945, when his father Harry passed, leaving him to care for his mother, siblings and their ranch. Even faced with adversity Jack worked hard and supported his family through it all.

In January 1953, Jack was called to serve his country. Which he proudly did until his honorable discharge in January 1955. While in the Army, Jack served with B Company 1st Battalion 11th armed Calvary. Later he transferred to the Army Reserves and was stationed at Camp Carson in Colorado Springs, Colo.

While in the Army, he met Delores Hoffman, who at the time was going to college for business. Since Jack met Delores through his sister Daisy, they soon became inseparable. Jack and Delores were married June 13, 1954, in Faith, S.D. After the wedding, Jack and his new bride spent the next eight months in Fort Knox, Kent., where he finished out his enlistment.

Jack and Delores then returned to the ranch to begin raising a family. On March 15, 1956, they welcomed their first child, a baby girl, four other children soon followed. Jack loved the opportunities the ranch gave his children and he lived by the motto “Let your conscience be your guide”, which he shared not only with his own children but also his grandchildren and great-grandchildren.

Although he was quite the ruthless card player, some of his fondest memories were fishing with his family, teaching the grandkids and great grandkids to call coyotes outside the upstairs bedroom window, and teaching his kids and grandkids the ins and outs of ranching.

Jack had a zest for life and each day was a new adventure. Whether it was roping, fishing, or the county fair Jack never missed. Not just a supportive and loving husband and father, Jack was always one of the first people to lend a hand, play a game of pitch, share stories, or help his neighbors out. He never shied away from hardship.

Those who knew Jack are better for having known him and for the lives he touched.  He was an honest, caring, and hardworking man and he will be dearly missed.

Graveside services were held Monday April 24, 2017, 1 p.m., at the Gordon Cemetery, Gordon, Neb. A memorial has been established for the Gordon Volunteer Fire Department and donations may be sent in care of Chamberlain-Pier Funeral Home, PO Box 366 Gordon, NE 69343.