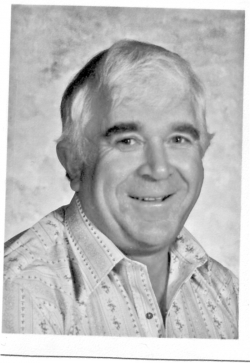 Donald Dale DeHaven passed away on June 14, 2017 at Ponderosa Villa in Crawford due to complications of Alzheimer’s disease. Funeral services for Donald DeHaven will be held on Monday, June 26, 2017, at 10:00 a.m. at St. Patrick’s Catholic Church in Chadron, Nebraska with Father Todd Philipsen officiating. Burial will be held at the Hay Springs Cemetery at 1:00 p.m.

Don was born to Frank Jr. and Marjorie (Miller) DeHaven on January 31, 1937 three and a half miles southwest of Hay Springs on the place where Gerald Blonien now lives. When Don was 4, the family moved to Antelope Valley where he lived the majority of his life. He went to District 42 grade school in the valley near the spot where his great-great grandfather, Jehu DeHaven, homesteaded in 1885.

Don went to Hay Springs High School and graduated in 1954. He was a member of the championship FFA livestock judging team and also participated in sports until he was brought down by polio in 1952.

After graduation he joined the Army and was stationed in Texas, California, Missouri and Virginia and Europe.

When returning home from his enlistment, he formed a partnership with his father on the family farm. They raised wheat, cattle and hogs.

Don married Marcia Tway on October 24, 1959 and settled in Antelope Valley to raise their children, Brett, Dawn and Deena. They raised wheat, feeder calves, hogs, sheep and registered Quarter Horses. They stayed there until his retirement in 1995 when they moved into Chadron.

Don loved the area he lived and the land he worked but his soft spot had to be for the people in his life. He had friendships that spanned decades. He was a story teller and loved to share his experiences. He often revisited the times from his childhood telling of the Blizzard of ‘49 and the horse sales at Ft. Robinson and how they did things in “the old days.” His admiration for his Grand Dad and Dad was evident. And he adored his Mom.

Above all his relationships, Don loved the babies. And he was blessed to have so many in his life. He is survived by his wife of 57 years, Marci, their son, Brett DeHaven and his wife Barb and grandchildren, Michael (Teri) DeHaven, Chelsea (Daniel) Kershaw, Elle DeHaven, Cole DeHaven, Brandy (Willliam) Ahrens, Ryan (Amanda) Wilson and Great-Grandchildren Torrhen, Olivia, Jack, Levi, Madi, Lexi, Brooklyn, Reba, Raelyn and Riggs.

He is also survived by his brother Frank DeHaven and wife Patsy, brother-in-law, Deek Dierksen, nephews Thad DeHaven and Bart Dierksen and families and nieces Lynne Simmons and Renee Willard and families.

Memorials to the family to be allocated to the Alzheimer’s Facility in Chadron at a later date. Memorials can be sent to Chamberlain Chapel, PO Box 970, Chadron, NE 69337.