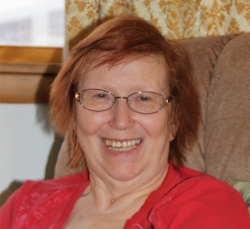 Sandra Sherene Redman, 70, of Gordon, Neb., passed away at home on Thursday, June 22, 2017, surrounded by family after a long and courageous battle with cancer. Sandy was born Nov. 12, 1946, in Belle Fourche, S.D., to William and Helen Tripp. She graduated from Belle Fourche High School in 1964 and attended Black Hills State College in Spearfish.

Sandy was a member of the LDS church and enjoyed teaching Sunday School and attending Relief Society. She worked as a senior tax advisor for H & R Block in the Rapid City and Gordon offices since 1994. She loved to travel and spend time with her family. She also had a special place in her heart for Molly (her puppy).

Sandy was preceded in death by her parents William and Helen Tripp, her late husband Michael Starr, a daughter Courtney Rae Starr, a brother Terry Tripp and a grandson Monty Green.