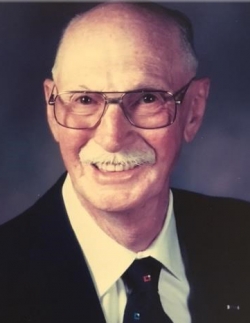 Bob enjoyed fishing, camping and, in these last years, he had a love of gardening and flowers. Above all he enjoyed his family. His love for God was exemplified by his life and service to the church.

Bob was preceded in death by his wife Ruth, of 57 years.

He is survived by a sister in Kentucky and a brother in Nevada, also surviving are two daughters and a son, Joan White of Hedrick, Iowa, Carol Tiensvold (Alan) of Rushville, Nebraska and Dave Dunn of Reno, Nev., six grandchildren; Wade Tiensvold (Karina) of Montana, Jason (Dawnette) Tiensvold of Nebraska, Christina (Bill) Leach of Iowa, Kelli (Tracy) Fye of Iowa, J.D. Dunn of Nevada and Karessa Dunn of Nevada, six great-grandchildren, Ashley, Lisa, Arielle, Devin, Tony and Trevor, and one great-great grandchild Brandlynn.