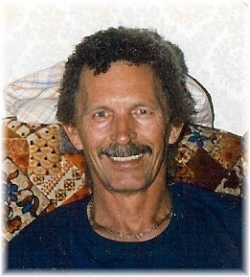 Jerry married Ronda Hedges and they had two beautiful daughters and a son. He loved to fish and hunt. He was also a big Chicago Cubs fan. He will be truly missed by his family.

He leaves behind his wife Ronda, two daughters, Aleta and Regina, two grandsons Austin and Damion and his sister Diane (Ernie) Hatch. He was preceded in death by his parents, grandparents, a brother, his son and a nephew.