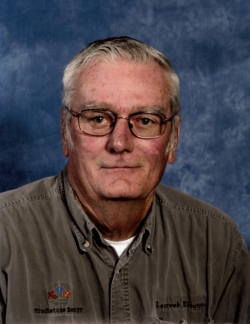 Les grew up in the Harrington area attending school at Harrington and Todd County. Les married Beverly Ward on May 20, 1968. To this union were born Joe, Travis (Melisa), Todd (Jimi) and Trent (Melissa). Les was drafted into the military in 1968 and was stationed in Korea. After his military service, he returned home to Martin and worked for Lacreek Electric for 37 years.

Les retired from the REA and was able to spend his remaining days on the ranch. The light of Les’s life were his grandchildren Marshall, Lane, Cole, Harper, Jessa, Scarlett, Tyler, Jade, Kaylee, Addison and great granddaughter Logen.

A memorial has been established and donations may be sent in care of Bennett County Funeral Service, PO Box 65 Martin, S.D. 57551.