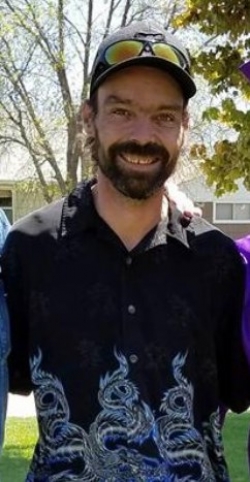 As a young man, he lived with his family in Ohio. He was educated in the local schools graduating from River High School. He later graduated from a Technical school as a Diesel Mechanic, and from welding school. He entered the Army Reserves and after a few years was discharged.

On Aug. 2, 1997, he was married to Linnea Mayers in Chesapeake, Va. The couple lived in Virginia and after several moves, they moved to Gordon, Neb., where Joe worked as a Diesel mechanic. He had been a member of the local American Legion Motorcycle Riders. He enjoyed wood-working, hunting, riding his Harley and being with his wife, and kids.

A memorial service will be at 1 p.m., Saturday, Oct. 14, 2017, with Pastor Jason Gantz officiating at the Chamberlain-Pier Funeral Home, Gordon, Neb. A lunch will follow after at the American Legion in Gordon, Neb. The family requests memorials be sent to First National Bank, PO Box 290, Gordon, NE 69343,  in lieu of flowers to help with medical expenses.