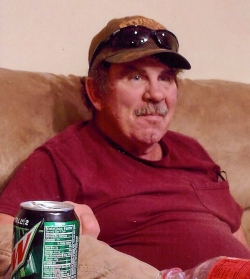 Jerry attended rural and public schools in the Gordon area, graduating from Gordon High School in 1983.

On July 15, 2017, Jerry married the love of his life, Deborah Hilliker. On the day of his wedding, Jerry also gained a cherished son, Brandon Hilliker.

Jerry served in the Wyoming Air National Guard from October of 1983 to August of 1988.

Jerry enjoyed his time outdoors, whether it was hunting, fishing or riding his Harley. Jerry’s love for the outdoors served him well in his 25 years of employment with the Burlington Northern Santa Fe Railroad (BNSF). Jerry worked until March of 2017 when his illness made it unsafe for him to continue.

Visitation was held at Chamberlain-Pier Funeral Home in Gordon on Thursday, Nov. 16, 2017, from 5 to 7 p.m. Funeral Services were held at the Gordon City Auditorium on Friday, Nov. 17, 2017, at 10 a.m. with Pastor Jason Funk officiating.

A memorial has been established for the ALS Foundation for Life and donations may be sent in care of Chamberlain-Pier Funeral Home PO Box 366 Gordon, NE 69343.