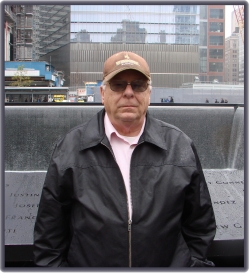 Jerry Deane Krasomil was born on May 25, 1943, in Gordon, Neb., to Deane A. Krasomil and Zane (Saults) Krasomil. The family lived in Martin, S.D., where his dad was manager of the Gamble Store. He was three when they moved to Gordon.

He attended Gordon Elementary School and graduated high school with the class of 1961. He attended the University of Wyoming before joining the US Army in October of 1964. He went to Army Intelligence School at Ft. Holibird in Maryland and was stationed in Korea. He was discharged Oct. 14, 1968, but served until October of 1971.

Jerry worked on the railroad for many years before returning to school to get his teaching degree. He taught at the Merriman School and when it closed, he became a substitute teacher in Gordon.

He died on Dec. 12, 2017, at the age of 74 at his home with family present. He was preceded in death by his parents and grandparents Florence and Orville Conner. He leaves to mourn his sons Orville (Margaret) of Gordon and Zane of Kansas City; granddaughter Eleanor of Kyle, S.D.; sister Toni Siders of Gordon, brother Joe (Judy) Krasomil of Lincoln; two nieces Dawn Pabst and Kelly Fushia; three great-nieces and one great-nephew.

Services were held Saturday, Dec. 16, 2017, in the City Auditorium with Pastor Tom Peppel officiating. Inurnment with Military Honors was held in the Gordon Cemetery. A memorial has been established for the Gordon American Legion and donations may be sent in care of Chamberlain-Pier Funeral Home, PO Box 366 Gordon, NE 69343.