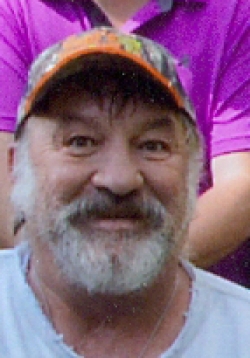 He was born July 19, 1956, in Salina, Kan., to Linford Adam and Eleanor Louise (Johnson) Mockerman.  His father’s career took his family to several locations before moving to Gordon, Neb., where they lived before moving to Alliance prior to his senior year in high school.

A year after his graduation Mike hired on with Burlington-Northern Railroad and retired in February 2016 after 41 years of service. Mike loved the northern panhandle Pine Ridge area where he enjoyed his hobbies of hunting and fishing. He also liked to read Steven King books and watch any kind of western movie.

He is survived by his wife, Donita, whom he married on May 6, 2004, and his children, Amanda Mockerman of Alliance, Matt (Michaela)Mockerman of Omaha, Sarah (Craig) Sleicher of Kearney and Kristina (Matt) Kruid of Pleasanton and his grandchildren, Madison Stickney, Evelyn Mockerman, Eleanor Mockerman, Davis Sleicher, Jocelyn Sleicher, Taylor Frank, Henry Kruid and Charlotte Kruid.  He is also survived by his parents, Lin and Ellie Mockerman of Pierre, S.D., and his sisters, Jodi Schwinler of Pierre, S.D., and Sandi (Steve) Crile of Chadron and his mother-in-law, Carol (Lewis) Penn of Sturgis, S.D., his nephews and nieces, nephews Adam Smith, Stephen Crile, John Crile, Cali Crile, Molly Schwinler, Megan Schwinler, and Merlin Schwinler.

Visitation will be Sunday, January 14 from 1 p.m. to 5 p.m. at the Bates-Gould Funeral Home with the family being present from 2 p.m. to 4 p.m.  Memorial services will be Monday, January 15 at 11 a.m. at the Alliance Eagles Club.

The family will designate a memorial to honor Mike’s charitable nature and memorials may be sent in care of the family to 904 Emerson Avenue, Alliance, NE 69301.