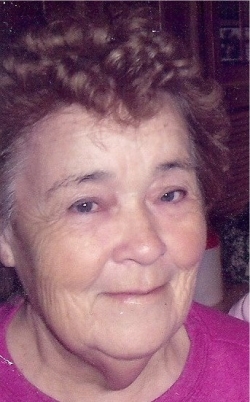 She was born Dec. 15, 1935, in Gordon, Neb., to Tug and Josephine Palmer. She lived with her siblings in Gordon and attended Gordon Public Schools.

On Feb. 4, 1956, she married Raymond Musfelt in Gering, Neb. The couple made their home on the family ranch northeast of Gordon. To this union, seven children were born.

Shirley was a member of the Gordon American Legion Auxiliary. She took pleasure in caring for her children and grandchildren, playing board games and attending ball games. Shirley took pride in living on the family ranch.

Graveside services were held at 1 p.m. on Friday, March 30, 2018, at the Gordon Cemetery. A memorial has been established and donations may be sent in care of Chamberlain-Pier Funeral Home, PO Box 366 Gordon, NE 69343.