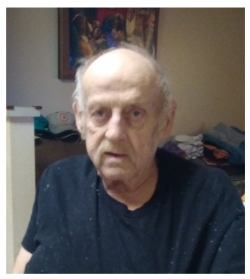 Jimmy Wayne Larson was born May 10, 1946, to Julia and Jim Larson. He was the seventh child with three brothers, Paul, Lon, Donnie and four sisters, Janice, Laura, Judy and later Jeannie. He passed away June 4, 2018, at Pioneer Manor Nursing Home.

He grew up and attended school in the Rushville area and graduated in 1964. He enlisted in the US Army in October of 1964. He was deployed to Korea and was discharged in 1967.

Jimmy was a trucker for a while. He bought a bar and also had a liquor store at one point. He is best remembered for his farming. He took pride in whatever he did. He loved working for the V.A. and helping our Veterans. He was also a member of the American Legion.

Jimmy was also fun loving. He always entertained with funny jokes and stories. He was very talented at playing pranks of people too. Fun loving, caring, kind-hearted, and loyal are all words that come to mind to describe him. He was a good man and so much more. He will be missed by all who knew him.