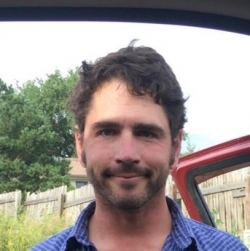 Funeral services will be at 10:30 a.m. Saturday, August 4, 2018, at St. Peter’s Catholic Church in Fullerton with Father David Fulton officiating. Inurnment will follow at Clarks Cemetery in Clarks. Visitation will be 5-7 p.m. with 7 p.m. rosary and scripture service on Friday, August 3rd at the church. Palmer-Santin Funeral Home in Fullerton is serving the family.

Chris was born on October 26, 1978, to John C. and Kathe (Bolen) Kohl at Schuyler, NE. He attended school in Gordon and Fremont. He married Carrie Anderson September 23, 2000, in Fremont and to this union, three children were born: Dylan, Bryan, and Hayley. He established a career as a framer and drywaller in the construction field and traveled throughout the Midwest and Southeast building large hospitals. He was a proud father of his three children.

Chris loved to hunt, fish, and be outdoors. He had a wonderful sense of humor and loved to joke around.

He is survived by his sons, Dylan of Lincoln and Bryan of Fremont; daughter, Hayley of Fremont; mother, Kathe Kohl of Fullerton; brothers, Mike (Buffy) Kohl of Schuyler, Bryan Kohl of Columbus, and Jerry (Vickie) Kohl and Luke (Brenda) Kohl of North Bend; sisters, Sara Naffziger of Omaha and Becky Harter of Fullerton; and many nieces and nephews.

He is preceded in death by his father, John C. Kohl, and his maternal and paternal grandparents.

Memorials are suggested to the family for future designation.