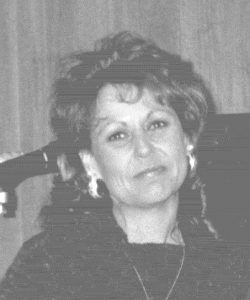 Diana Kay "Annie" Wheelock, 58, of Hyannis died August 30, 2018 at the Ogallala Community Hospital in Ogallala following a brief illnessDiana Kay “Annie” Wheelock was born April 27, 1960 to Dick and Arlene Minor in Gordon, NE. She grew up on her parents’ ranch and loved all things western-especially horses, dogs, cattle, special cats, and the Sandhills.She attended the Willow Valley country school, then Hyannis, and she graduated from Hyannis High School. Later she attended a Nail School and became a nail technician and also a nail instructor at a school in Omaha.She married James Wheelock on December 31, 2001. They made their home on the Wheelock ranch south of Hyannis.She worked at the Mullen Nursing home as a CNA, then she drove a truck with James for their Wheelock Trucking operation for five years.She was a member of the Eagles Club, supported high school activities when Jeffrey was at H.H.S., as well as rodeo, which many of her family members participated in.She is survived by her husband James; children Justin, Sami, J.R., Jayme (Mike) and Jeffrey; her mother, Arlene Minor, sister Debbie; and brothers Joe (Kris), Ed, and Dick (Linda), grandchildren, mother-in-law, Sharon M. Wheelock and numerous friends and relatives.She was preceded in death by her father, Dick Minor, her father-in-law, Jim Wheelock, a nephew, Dale Kimble, and a son-in-law, Steve Nielson.A memorial service will be held Sept. 8, 2018, 2 p.m., at the Winter Memorial Building in Hyannis. A.B. Cox will officiate.Memorial has been established to the Hyannis Ambulance Squad.Services will be lived streamed for those unable to attend. Condolences can be left at www.drauckerfh.comDraucker Funeral Home of Ogallala is in trusted with arrangements. Burial will be in the Hyannis Cemetery at a later date.