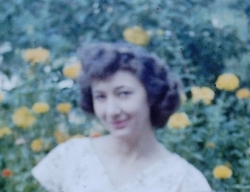 Louise was born November 11, 1929, to Carl Bryan (C.B.), and Zilpha Adele (Baker) Metzger. She was raised on the family cattle ranch in the Sand Hills near Merriman. She completed her primary schooling in Lincoln, Nebraska. She was a 1951 graduate of the University of Nebraska with Bachelor’s Degrees in both English and History. While in college, Louise joined the Palladian Society Literary Club where she met Ervin Ralph Blish. They were married for 61 years until his death in 2013.

In addition to nurturing her children and grandchildren, Louise was a career volunteer. Her main activities included leadership roles in the local chapter of the American Association of University Women, being a docent for the Indiana University Art Museum; serving as a Court Appointed Special Advocate (CASA) for vulnerable children; leading Girl Scout troops; reading to preschool children for the Monroe County United Ministries, and participating in the women’s circle at the First United Methodist Church in Bloomington. An ardent advocate of the arts, she routinely attended music performances and supported local public television and radio. She led a modest life, her few indulgences were travel in her later years to immerse herself in her love for ancient classical cultures and art. Louise strived to make a difference in the world through liberal causes and humanitarian efforts. She hosted international students, supported Native American communities, and advocated for women’s rights. She was an environmentalist, devoting untold hours cultivating her suburban half acre garden and bird sanctuary. She was never without a feline.

She was preceded in death by her parents, husband, and brother, Newell David Metzger.

A memorial service was held in Bloomington, Indiana June 3, 2017. Members of the family are returning to Gordon, Nebraska during October, 2018 to inter Louise’s ashes in the Gordon Cemetery.

Louise was unfailing in correspondence to family and friends, especially those still in the West. The family would be pleased to receive condolences or memories through email (This email address is being protected from spambots. You need JavaScript enabled to view it.) or correspondence via Chamberlain Pier Funeral Home, PO Box 366, Gordon, NE 69343.