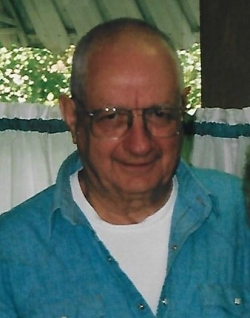 He was born November 26, 1931 in Gordon, to Lester and Evelyn Hull. He attended school in Cody and Merriman and graduated from Gordon High School in 1950. In 1951 he joined the US Air Force and served in Adak, Alaska and England until 1954. After the service he went to work with United Airlines as a trouble shooter. Dale would travel extensively with his job and many times would take his parents with him on his travels.

Dale was a private person but enjoyed eating out at the local restaurants. His favorite was mashed potatoes and often ordered extra. Of course, he was also known to torment everyone he knew. When his parents were no longer able to care for themselves Dale moved to Gordon to help care for them. He lived in Gordon until his death. He was a lifetime member of the American Legion and the NRA.

Survivors are his good friend Lorainne Alexander and numerous nieces, nephews and cousins. He was preceded in death by his parents, sister Doris White and nephew Warren White.