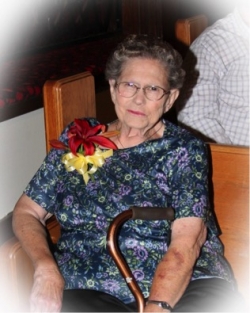 June Weyers Dillon a long time resident of Monte Vista passed away March 26, 2019 at The Palisades Assisted Living in Colorado Springs. June was born in Lyman, Nebraska April 30, 1931 to Albert and Maude Richardson. They moved to a farm near Hay Springs, Nebraska where she attended high school and later met and married Louis Weyers. They moved to Monte Vista, Colorado and purchased Downtown Liquor in 1964. She was divorced in 1970 and later met Loren Dillon of Center, Colorado whom she married in 1975. They enjoyed their grandchildren, traveling, and their home until Loren passed away in 2000. In 2011 she moved to The Bridge in Alamosa, CO. and in 2017 to the The Palisades Assisted Living.