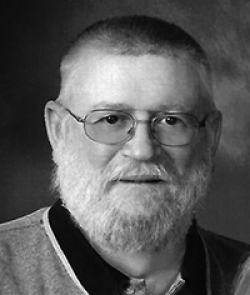 Memorial services for Greg Walgren will be held on Tuesday, April 30, 2019 at the United Methodist Church in Hay Springs at 2:00 PM with Pastor Paul Smith officiating.

Charles Gregory Walgren was born on January 1st, 1954 to Delmer and Peggy Walgren in Gordon, Nebraska.  He passed away at the age of 65 on April 25,, 2019 in Rapid City Regional Hospital.  Greg was raised in Hay Springs, Nebraska, graduating high school in 1972.  His love of sports led him to participate in football, basketball, and baseball.  Greg also enjoyed golfing, but his true love was always fishing and camping.  He spent his childhood summers with his family at Angostura, providing lifelong memories to many of his best friends.

Greg joined the Army in 1974, completing basic training in Ft. Leonard Wood, MO, and his operating room medical technician training in Ft. Sam Houston, TX. He was stationed in Landstuhl, Germany, returning to Hay Springs in 1978 where he remained a lifelong resident.

Greg worked various jobs around the area including carpentry, farming, and working at Summerville Oil, joining in conversation with the locals who dropped by for morning coffee.  Greg met the love of his life, Annette Langford, when she returned to Hay Springs in 1989. They spent the next 30 years together,

Greg followed in his father’s footsteps, with his love for camping, fishing, hunting, woodworking, and gardening.  He particularly enjoyed grilling, deep-frying turkeys, smoking meats and cheeses, making jerky and sausage. There are few people in Hay Springs who did not enjoy tasting these culinary delights, the most famous being his home-made salsa.  He was generous with his garden bounties, making sure folks about town always had fresh veggies to enjoy.

One of the biggest joys in Greg’s life was children. He spent many hours sharing his love of fishing with his nieces, nephew, grandchildren, and countless other local children in Hay Springs.  He was a great teaser, and many of these kids are now young adults with fond memories and funny stories.

Greg was an avid, sometimes rabid, Husker fan.  He was always loyal and never waivered in his faith for their return to glory.  Greg belonged to the Boy Scouts and attended National Scout Jamboree in Farragut, Idaho in 1969. He witnessed the Apollo moon landing with 20,000 other boy scouts from across the country.  He was raised in the Methodist faith and was a member of the American Legion.

In lieu of flowers, a memorial has been established with the Hay Springs Ambulance Fund. Donations may be sent to the Chamberlain Drabbles Mortuary, PO Box 443, Hay Springs, NE. 69347.

Memorial services for Greg Walgren of Hay Springs, Nebraska will be held on Tuesday, April 30, 2019 at 2:00 PM at the United Methodist Church in Hay Springs with Pastor Paul Smith officiating.

A memorial has been established for the Hay Springs Ambulance Fund.  Donations may be sent to Chamberlain Drabbels Mortuary, PO Box 443, Hay Springs, NE  69347.