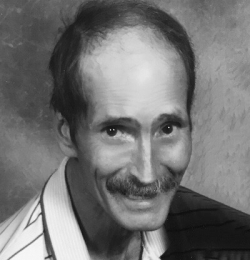 Frank Andrew Keller, age 66, of Hyannis passed away peacefully on Monday, April 22nd, 2019, at Pioneer Memorial Nursing Home in Mullen. Frank was born May 12th, 1952, in Alliance to Oren and Maisie (Albright) Keller. He was a 1971 graduate of Hyannis High School. Frank was united in marriage to Cynthia Roffers on October 18th, 1980, in Rushville. The couple settled in Hyannis where they raised 2 beautiful daughters and lived happily for many years.   Frank worked as a mechanic for Dick’s Repair Shop, Dyer Feed Store and later worked for the Grant County Roads Department.

Frank lived life to its fullest through simple pleasures.  He loved chatting with friends and family, telling jokes, and giving people a hard time. Frank often reminisced about spending time at the Egan Ranch as a boy and racing cars with his high school friends.  He enjoyed hunting, doing mechanic/carpenter work and being onery. Frank was a member of the All Saints Catholic Church and volunteer of the Hyannis Fire Department. He served as an EMT and Fire Chief for several years.

Family, friends, and others whose lives Frank touched are invited to the Hyannis Cemetery for a graveside memorial service at 10:30 AM MST on Wednesday, May 1st, 2019.  Memorials are suggested to Pioneer Memorial Nursing Home of Mullen and Grant County Fire & Rescue. A luncheon will follow at the All Saints Catholic Church to reminisce, grieve, support each other and, of course, just chat.