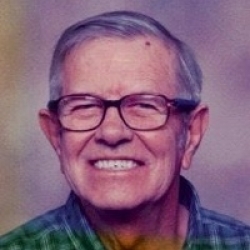 Ralph Lloyd Hardin, 77, of Blackfoot, Idaho passed away Friday June 7, 2019 at his home.He was born October 3, 1941in Gordon, Nebraska the son of Clifford Charles Hardin and Doris Reitz Hardin.Ralph received his education in Gordon, Nebraska. He served in the Army from 1965-1967 in Texas and then moved to Blackfoot, Idaho where his brother was living at the time. He had lived in the Blackfoot area ever since that time.On September 3, 1968 he married Jeanine Lee in Blackfoot, Idaho. She preceded him in death on May 23, 1995.Ralph built homes for a living and also worked at several gas stations as a mechanic. He also worked at Basic Foods and then Simplot. He also built portable bridges in the Army.He enjoyed family, especially his grandchildren and adopted his step children and raised them as his own. He was a remarkable father. He also had a great interest in racing stock cars.He is survived by his children, Ted (Serena) Weeks of Blackfoot, Laurie Ferguson of Blackfoot, Jeffrey (Stephanie) Hardin of Vernal, UT, Blaine (Krickett) Hardin o Blackfoot and Troy (SuJan) Hardin of Oklahoma; brothers, Harold (Marsha) Hardin of Nebraska, Gordin (Barbara) Hardin of Blackfoot; sister, Alice (Robert) Mathews of Paxton, Colorado; sixteen grandchildren and 15 great grandchildren with one on the way.He was preceded in death by his parents, wife, Jeanine “Jo”, son, Shane,sister, Mary Newton and one grandchild and 1 great grandchild.A funeral service will be held 11:00 a.m. Thursday, June 13, 2019 at Hawker Funeral Home, 132 S. Shilling Ave., Blackfoot, Idaho.The family will meet with friends from 6-8:00 p.m. Wednesday, June 12, 2019 at the funeral home and for one hour prior to the service.Interment will be in the Riverside-Thomas Cemetery.Condolences may be sent to the family at www.hawkerfuneralhome.com