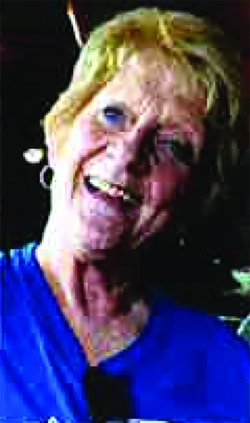 Katherine Anne Thies was born on October 27, 1951. Her brother, James, came first, then followed Kathy, then John on the same day.

Kathy graduated from Rushville High and then began pre-nursing at Chadron State College. She graduated with a nursing degree from Rapid Regional School of Nursing in Rapid City, South Dakota.

She spent most of her life caring for others. The last 37 years of her life were spent in nursing at Clarkson Memorial Hospital in Omaha.

She was preceded in death by her husband Bob Goodwin, her father Randy, her grandparents Louie and Ada Thies and Ed and Winne Rubain in Cass Lake, Minnesota.

To her nieces and nephews, she was the best and most generous auntie ever!

Kathy died on May 28, 2019 at Warren Buffet Cancer Center in Omaha, Nebraska.