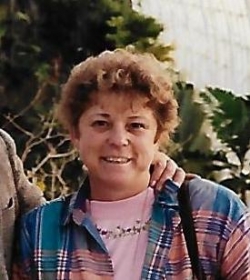 Born December 18, 1938, in St. Catharine’s Hospital, McCook, Neb., to Henry Fredrick Wagner and Cleo Marie Kile Wagner. Jill died and went home to her Lord and to her husband, surrounded by family and friends on August 16, 2019.

At the age of 3, the family moved to Kearney where Henry “Harry” was a salesman for Swift & Co. Cleo was declining in health from a saddle block during Jill’s birth and died when Jill was just 6 years old. Jill was baptized a Baptist at the age of 12. She attended School in Kearney until the age of 15 when she moved to Holdrege, graduating from Holdrege High in 1957. She received a scholarship to Kearney College in Home Economics. Instead, Jill chose to go to Lincoln to attend business school.

She met Gordon Moore Gealy at the Irvingdale Pool about June 24, 1957, and they were married 6 months later at the UNL Presbyterian Chapel December 24, 1957, welcoming step-sons Steve and Mark. The couple moved to Scottsbluff, where their first child Marda Marie was born. They moved to Wichita, Kan., so Gordon could continue his education. During this time Arden Moore Gealy was born. The family moved in 1963 to Gordon, Neb., to the Gealy family farm. Jill embraced these years, learning she was a country girl at heart.

Jill was a stay at home mom, wife, hired hand, chicken picker, and gardener, which included canning, sewing, cooking and entertaining a table of family and friends serving her home-raised fried chicken often, as well as pie and garden veggies to those that entered their doors. When 24, she and Gordon attended Synod School to become a part of Youth Leadership. While there, she experienced Divine Intervention and became a life-long believer in God the Father, Son & Holy Spirit. Some of her favorite times were working with the youth, which helped grow her faith and singing in the choir. In 1970, when wheat prices dropped, Gordon and Jill added a greenhouse to their lives. That added many dimensions for 42 years, including a move to Kearney in 1987.

In 2000, Gordon and Jill moved into leadership at Westminster Woods Camp and Conference Center, Lexington, Neb. These three years were very rewarding, and some of their favorite times. In 2016, they returned to Gordon and settled in, then Gordon passed away September 7, 2017, at the time of their 60th year of marriage. Jill continued to live with Marda and Arden.

Jill had a lot of special honors and accomplishments, but her greatest and favorite was following the “Leader of the Band” with love for 60 years.

She is preceded in death by her parents, brother Jack, nephew John, in laws, husband Gordon and many Aunts and Uncles.