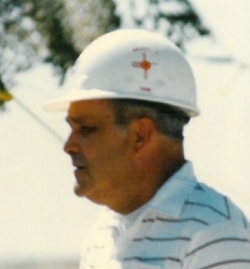 A native of Clinton, Nebraska, son of the late Joseph Frederick and Mable Fischer Baldauf, he was a U.S. Army Veteran of the Korean War, a retired civil engineer and a member of Blessed Trinity Catholic Church.  He was a great hiker with unusual apparel, a limbo skater and a carpenter.  His eyes sparkled like none others’, especially when he had a joke or prank.

Mr. Baldauf was predeceased by one brother, Boyd Joseph Baldauf, one sister, Lavon Rose Schwarting and one great-grandson, Patrick Stowell.

The family is at the home.

Online condolences may be made at www.thewoodmortuary.com.