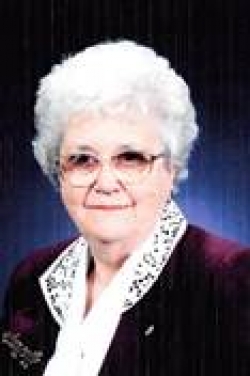 Funeral service will be held on Monday, December 16, 2019, at 2:00 p.m. at the Gordon First United Methodist Church in Gordon, Nebraska. Visitation will begin at 12:00 p.m. and lunch will be served starting at 1:00 p.m. at the church. Burial will be in the Gordon Cemetery following the service.

Maxine Elaine (Denton) Elder was born on August 4, 1926, in Sheridan County, Neb., to Frank and Mamie (Tiensvold) Denton. She grew up on a farm near Beaver Wall, Neb., which is close to the original Denton homestead. Maxine lived in Hay Springs, Neb., with her grandmother while attending high school. She graduated high school in 1942 and attained her Teacher’s Certificate.

After marriage, Maxine moved to a farm near Clinton, Neb., and lived there for nearly 70 years before moving to Milbank. While living in Nebraska, Maxine was a teacher, worked on the farm, then later at the Ideal Market, The Gordon Cleaners, and retired from Stockman’s Drug Store.

Maxine was active in the Lions Club and in the Quilters Guild. She had a talent for sewing and was an accomplished quilt maker. Maxine loved to travel, play cards, and was active in RSVP (which is a volunteer organization for senior citizens) a few years after she retired.

More in this category: « Dorothy A Evans Donald P. Dreyer »