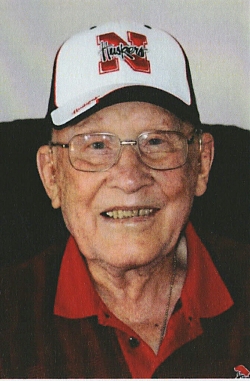 The family has chosen to have a Memorial service, but will be held and announced at a later date. Online condolences may be left at www.bridgmanfuneralhome.com. In lieu of flowers, memorials may be made to either The Residency or to Bridgeport Fire and Rescue.

Don was born on November 2, 1923, at Gordon, Nebraska, to Arthur and Jean (Park) Coon. He attended the Albany school and graduated from Gordon High School in 1941. After high school, Don farmed until leaving to serve in the Army Air Corps during World War II. Once discharged, he returned to farm for a short time. He worked for over 30 years for the Farmers Coop at Gordon and for Panhandle Coop Association at Bridgeport and Scottsbluff.

On April 27, 1950, Donald and Joy Hanks were married at Gordon. To this union, three children were born: Jim, Judy and Jon. Don was an avid outdoorsman, enjoying hunting, fishing, golfing and gardening.

He was preceded in death by his wife, Joy; parents, Arthur and Jean Coon; and sisters Doris Coon and Audrey Coon Benedickt.