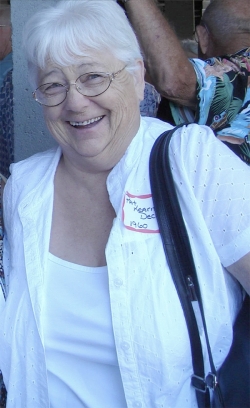 Pat married Don Deckert February 19, 1961, and they had been married for 59 years. With this bond they had four children—Curtis, Laura, Bob, and Sis, Mike Deckert who was like a son to them. They had ten grandkids and 21 great grandkids.

Pat worked for the South Dakota Social Services for 35 years and made many friends throughout her years working. Pat retired in 2011 and made plans to travel whenever she could. In April 2012, Pat suffered a stroke that limited her mobility. Don and Laura took care of Pat in the years following her stroke. She still traveled with Sis as much as she could to visit family in Colorado, Washington, and mostly to Oregon to see her brothers.

Pat was cremated, and we will have services for her on Saturday September 5, 2020, at 2 p.m. in Martin, S.D., at the American Legion Hall.