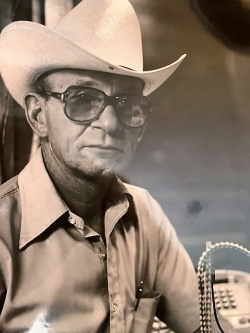 Gene Lenhart, 89, of Scottsbluff, passed away on Saturday, April 25, 2020, at the Western Nebraska Veterans Home in Scottsbluff.  Visitation will take place from 3 to 6 p.m. on Friday at Dugan-Kramer Funeral Chapel in Scottsbluff. A private family Rosary and Prayer Service is taking place with Father Mike McDonald officiating.  Interment with military honors by the Nebraska National Guard Honor Guard will take place at East Lawn near Minatare.  Memorials may be given to the St. Joseph’s Children’s Home in Torrington or St. Jude’s Children’s Research Hospital in Denver.  Online condolences may be left at www.dugankramer.com

Gene was born October 6, 1930, at North Platte, Nebraska, to Newton and Margaret (Karp) Lenhart.  The family moved to McCook, Nebraska, when he was a small child where he received his education, graduating with the Class of 1949.  He entered the Army in 1955 and served in Korea until his honorable discharge at the rank of Sargent in 1957.

Gene married Virginia Piper on April 24, 1965.  That is when he became a dad; first to Wrayanne and Pat and later two more children were added to the Lenhart family, Lisa and Michael.