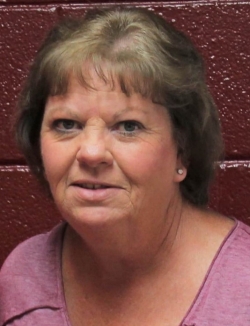 Cremation was chosen and a Memorial service will be held at 10:30 a.m. Thursday, July 23, 2020, at the Eagles Club in Alliance, Neb., with Greg Carter officiating. Bridgman Funeral Home is assisting the family with arrangements and online condolences may be left at www.bridgmanfuneralhome.com.

In lieu of flowers, memorials may be made in care of the family and mailed to P.O. Box 171 Alliance, NE 69301. Family will establish a memorial at a later date.

Shelli was born January 20, 1961, to Norman “Lyle” and Bonnie (Tiensvold) Elwood in Rushville, Neb. She was one of seven children.

She was married to Eugene “Spike” Smith on September 30, 1979. To this union, two children were born. The family lived in Alliance, Neb., where she worked many years as the apartment manager at Lakefield Villas.

Shelli was an avid bingo player and a longtime member of the Eagles Auxiliary Club in Alliance, Neb. She was always up for a game of cards, a trip to the casino, or a nice visit. She always made time to be present for her grandchildren in any way possible, they were the light of her life. She will be greatly missed by all who knew her.

She was preceded in death by her parents Lyle and Bonnie Elwood, and in-laws Drexel and Wanda Smith.