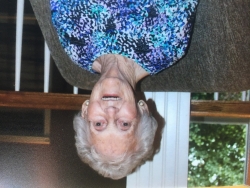 Willadeen (Dena) Hooper Drury, 93, passed away at Gateway Senior Living in Lincoln, Nebraska, on July 31, 2020. She was born in 1927, and was the fifth of seven children born to Barry (Nuck) and Sylvia Hooper.

Dena graduated from Gordon High School in 1947. On June 18, 1947, she married John Drury (her High School Sweetheart). They split their time between a ranch North of Gordon and a house in town. After retiring they moved to Eastern Nebraska.

Dena worked at several locations in Gordon, but her favorite was working with her nephew Bill Metzger and his wife Carol at their Veterinary Clinic.

Dena loved reading, playing cards, crossword puzzles, dancing and spending time with family and friends. If you wanted to go on a trip, she was the first to pack her bag.

Celebration of Dena’s Life will be held at a later date.