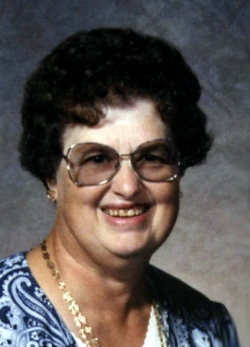 Maren was the New Year baby born January 2, 1942, in Gordon, Nebraska, to Ray M. Crabb and Anna M. (Krell) Crabb. After graduating from Gordon High School, she started working at Consumer Public Power. On June 10, 1962, she married Max B. Kruger. Once she learned that they would be joined by a baby, her career, and bowling league, were side tracked due to traditional standards at that time. This union was blessed with a daughter when Marie L. was born.

On January 27, 1990, Maren married Steven Rous. They made their home at Batesland, S.D., and after a while she “retired” from work in town to be able to help more with farm wife duties. She gardened, making the best pickled beets, helped in the tractor and many various things at the farm and community.

Her hobbies included cake decorating, she also taught cake decorating classes, painting ceramics, which she made for family and sold at craft shows. Maren also took up quilting; she taught quilting classes and made quilts for her relatives and entered some in fairs where she won the viewer’s choice ribbon at the Sheridan County fair. She had a passion for genealogy and has traced many generations back for her families.

Maren was preceded in death by her sister Beverly Rust, husband Max Kruger and parents Ray and Anna Crabb.

Funeral services were held at 10 a.m. on September 11, 2020, at the First Presbyterian Church in Gordon, Nebraska. A memorial has been established for the Gordon Memorial Hospital and donations may be sent in care of Chamberlain-Pier Funeral Home, PO Box 366, Gordon, NE 69343.