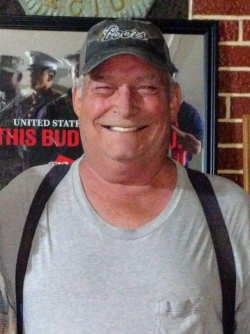 Leonard graduated from Rushville High School, Rushville, Neb., in 1964. The following fall he enrolled in Denver Automotive Institute and graduated in 1965.

He joined the US Army on January 3, 1966, and was honorably discharged December 26, 1968. He served in both Germany and Vietnam. He was awarded the Bronze Star while in Vietnam.

Leonard worked for Coors for 35 years and loved his Coors Light beer. He was a kind, caring person and never met a stranger. He met a lovely lady, JoAnn Drummond, at the American Legion, and this developed into a great relationship that lasted three incredibly happy years.

Preceding him in death was his wife Glenna and his parents Mark and Maxine Kearns.

Graveside services were held Friday, October 9, 2020, 10:30 a.m. at Fairview Cemetery, Rushville, Neb. A memorial has been established for the Rushville American Legion Post #161, and donations may be sent in care of Chamberlain-Pier Funeral Home, PO Box 366., Gordon, NE 69343.

More in this category: « Cheryl Heinrich