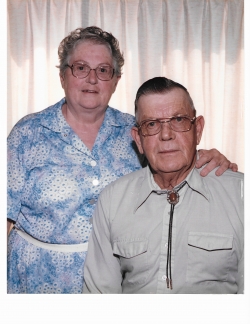 The family moved from the Beaver Valley area north of Hay Springs in 1954, and have called Chadron home since that time.

Ilene became employed in the Head Start program in 1967 as a cook, and then spent the next 36 years as a cook and then as the Nutrition Coordinator to many young children. She was affectionately known as “Cooker,” and was loved for the birthday cakes she made for the kids.

The family became members Community of Christ Church in the 1950’s, and Ilene became active in the Church in various Priesthood positions, women’s leader, minister, and her last office was as an Elder.