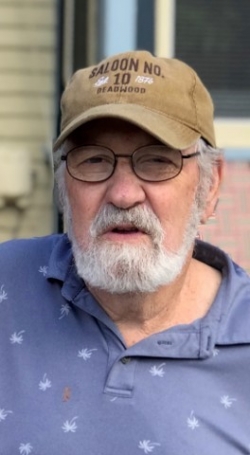 Martin grew up in Rushville and graduated with the Class of 1966. He later attended Chadron State College in Chadron, Nebraska.

He enlisted in the United States Army in June 1967, serving four years including one tour in Vietnam. He was awarded the Army Commendation Medal for meritorious service while serving in Vietnam.

Martin pursued a career as a carpenter/craftsman building homes, motels and even a church during his career. During his life he lived in South Carolina, Colorado and Wyoming, but he spent the last fifteen years living in his beloved Black Hills in Deadwood, South Dakota. He made friends everywhere he went with his special smile and wit. Martin enjoyed traveling, playing poker tournaments and the many special events in Deadwood and the Black Hills.

Martin was preceded in death by his Father, Mother, his sister Connie Mueller and her son, Michael.

Graveside services will be held on November 24, 2020, at Black Hills National Cemetery in Sturgis, S.D., at 2pm.