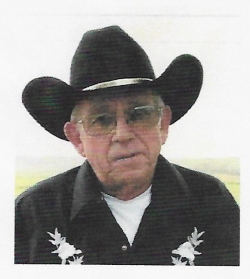 Funeral services for 76-year-old Marvin Dean Schildhauer are set for Saturday November 28, 2020, 10:00am at Chamberlain-Pier Funeral Home in Gordon, NE. Burial will be held in Fairview Cemetery, Rushville, NE.

Marvin was born April 21, 1944 in Chadron, Nebraska to Edwin and Frances (Elsberry) Schildhauer. He passed away on Sunday November 15, 2020 at the Alliance Box Butte Hospital after a brief illness, leaving a legacy of hard work and deep love of family.

Marvin grew up in the Hay Springs area with his older brother Wayne and his younger brother Gerald. The boys were energetic and adventurous combining to build not only lasting memories but friendships that endured into their adult life. A friendship only a chosen few ever experience in their lives.

Graduating high school in 1961, Marvin then married Ms. Patricia (Pat) Huckins of Rushville, on September 17, 1963. All who knew Marvin and Pat knew they had that one special “thing” that would make this union last through the ages—a complete dedication to one another. 57 years later, that “thing” has indeed endured all the challenges life could possibly throw at them. They stood next to each other, a formidable team throughout their life. Standing together right to the very end.

Marvin and pat moved to Whitman, NE, soon after they married where Marvin went to work for the Rex Ranch.  Marvin and Pat called the Rex home for 34 years where they commenced to build a life. The two of them raised kids and made memories. It is where they learned to enjoy all the little everyday things in life. Marvin eventually left the Rex and worked for different area ranches until an accident involving a horse in 2014 forced him to retire.

Marvin was preceded in death by his parents and brother Gerald.

Marvin was a gentle soul with a tough exterior that touched many lives. He will always be remembered for his integrity and values. When he spoke, he meant what he said and said what he meant. He and Pat built a life and family together-a life built with a wonderful sense of humor—infectious laugh—hard work and most of all more love and pride in his family than can be put into words.

Stay tall in the saddle with the wind at your back Cowboy.