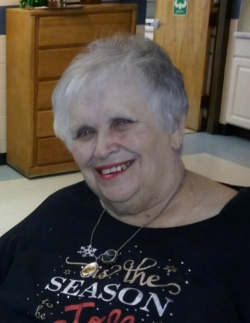 Gladys and Ferd Shald. She married Robert P. Phillips in 1958.

Susan was a proud Oglala Lakota and her heritage was a focal point of her life. She ensured the stories of the many great tribal leaders of the Oglala, including those of her lineage, The Bad Face clan of Chief Red Cloud, were passed on to her children, grandchildren, and the greater community. Susan was Catholic and an active member of St. Leo’s Catholic Church for decades. Her faith was of primary importance in her life. She worked with Adult Education, Head Start, The Panhandle Domestic Violence Women’s Shelter, and as a Teacher’s Aide over the years. Her work was a testament to her compassion and love for others. Life presented Susan with obstacles that would have tested the most devout among us, yet she remained steadfast, kind, and open-hearted in her faith.

To know Susan is to love Susan. Her laughter, humor, sass, and wit kept those around her smiling. She leaves behind not only her family, but a community of individuals whose lives she touched daily. Susan made time for everyone, she was there when times were desperate, and asked for nothing in return. Her kindness, prayers, and generosity impacted the communities of Gordon and Pine Ridge, and her presence will be greatly missed.

Susan is survived by brother Pat Shald, sister Kelli Shald, children Mark, Mike, Katie, Mary, Paul, Stephen and Matt, numerous nieces and nephews, and many, many “strays,” as she would say. She gave the same amount of love, grit, and humor to all the various children that came into her life. Mostly love. Susan would have loved to raise her grandkids. She so adored them. These include Mark’s Kyle, Kalen, Kevin, Alan and Veronica, Mike’s Jarrett, Jordan and Justin, Katie’s Amelia, Evie and Xavier, Mary’s Hayley and Emily, and Stephen’s Ryan and Hannah. She was the beloved great grandma of Kyle’s Wesley and Scarlett, Kalen’s Madelyn and Tyson, and Jarrett’s Breckin and Atlas.

Susan loved the solitude and stark beauty of the badlands and the sandhills, where she found peace and spiritual connection. In honor of her, may we all remember that there is power in prayer, love is stronger than anything in the universe, and laughter is good medicine.

A celebration of her life will be announced at a later date due to the current circumstances our community is facing.